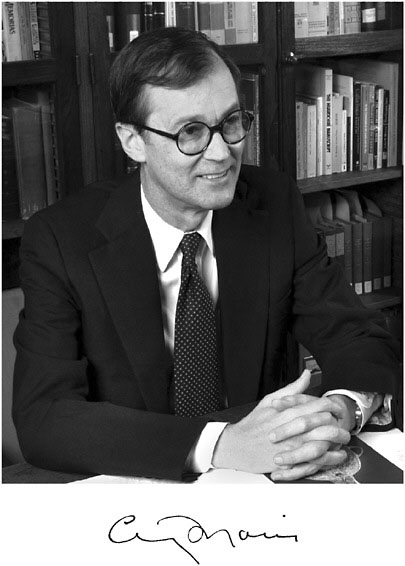 Donation of the Collection

The collection of Dr. Edward Craig Morris' scholarly works in the University Libraries at Murray State has been made possible by generous donations from the American Museum of Natural History and classmates from Murray Training School.

"Archaeology is completely and totally in my blood"

The above quote is from a 2003 New York Times article when Edward Craig Morris, known as Craig, was senior vice president and dean of science, curator, department of anthropology at the American Museum of Natural History. Dr. Morris was the leading Inka archaeologist of his day and is associated with two Peruvian sites: Huanuco Pampa and La Centinela.

Morris grew up on a farm off of route 94 East just outside of Murray, Kentucky. His parents, Wybert and Ruby Craig Morris, were of English and Scottish decent. Born with a heart defect, he was not expected to live past adolescence. His sister, Emily Morris Luther of Murray, believes his disability motivated him to succeed.

Morris graduated valedictorian from Murray Training School. Successful in all his endeavors, as a member of the 4-H Club he was known statewide as an exhibitor of champion beef cattle. His classmates remember what an intelligent, kind person he was from an early age.

Jerry Shroat, Murray Training School alumnus and 1963 Murray State graduate says, "As I look back I would have to say I am not surprised that Craig was successful. However, I never would have guessed he would become a world known and world renowned archaeologist. I am pleased the training school and MSU are honoring the memory of Craig. He is a tribute to the 1958 Murray Training School class and is perhaps its most distinguished graduate."