Italy: The Guide to Italian History and Culture: Home 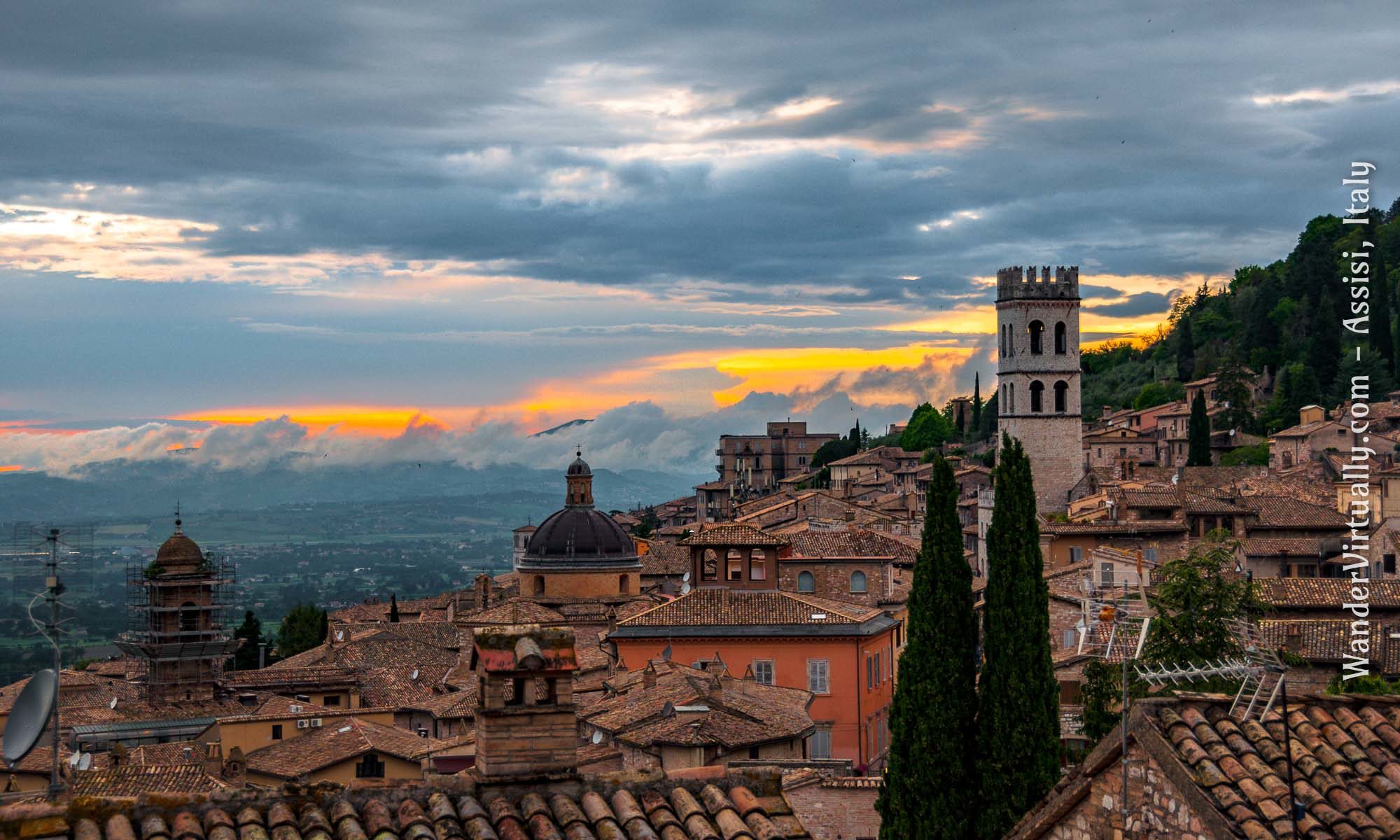 Have you dreamed about traveling across the Atlantic Ocean to the historic country of Italy? Do you want to learn more about Italian culture? You have come to the right place! This LibGuide contains everything you will need to know about traveling to Italy and what to expect on your adventure! From the wide variety of delicious foods and wines to the rich history and locations that date back thousands of years.

This LibGuide will contain up-to-date videos and articles regarding travel, whether it be well-known places like the Collesium or lesser-known attractions such as the small coastal town of Vieste. Feel free to immerse yourself in Italian culture in 3...2...1...GO! 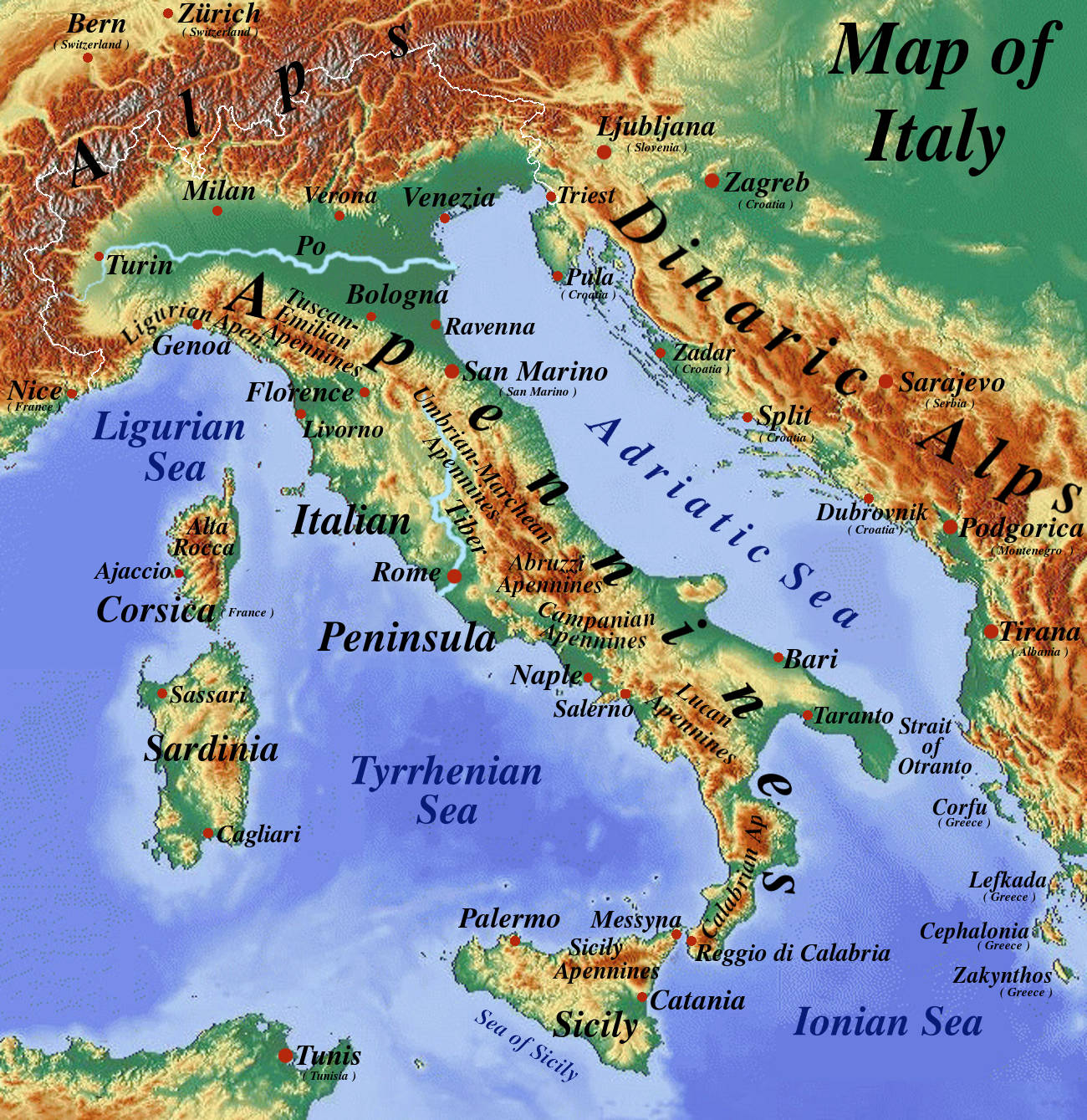 It is easy to recognize Italy with its iconic boot shape. Due to its length, the country of Italy varies immensely in its geographical features. In the north, the high mountain ranges of the Alps offer a beautiful and chilly experience with blue lakes and snow-topped mountains. Towards the center of Italy, a more temperate climate emerges as you experience rolling fields of grapevines and various crops. Towards the southern part of Italy, the climate becomes a bit rugged and drier. Here, you have more olive trees and Mediterranean foods such as olive oils and breads. Although the climate of Italy changes, the culture remains! 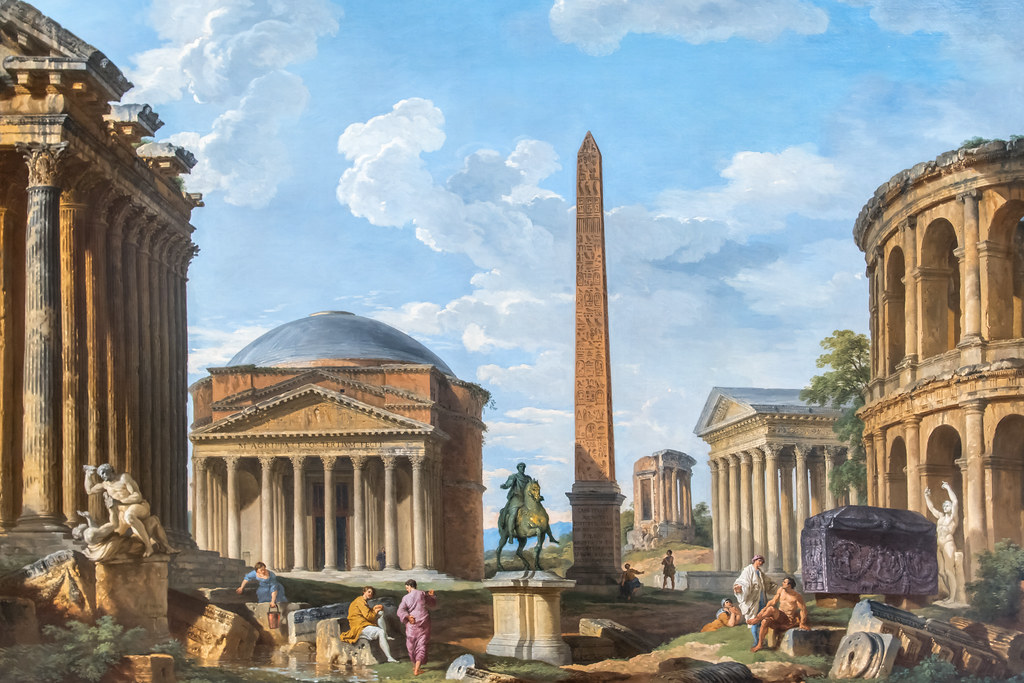 Italy has one of the richest and most eventful histories in all of the world! From ancient Roman mythology to ruthless and loved emperors with statues scattered all around the country.

It all started with the town of Rome thousands of years ago which grew and flourished, eventually into a republic in 500 BC when the monarchy was overthrown. Rome remained a republic and expanded its lands around Europe, western Asia, and northern Africa using its genius military leaders and revolutionary military technology. The republic ended with the assassination of Julius Ceasar in 44 BC, leading to the rise of the Roman Empire. The Roman Empire kept expanding until it collapsed in 395 AD due to internal fighting between leaders and invading armies.

The Middle Ages in Italy were mostly controlled by the Catholic Church which acted as the governing body, known as the Holy Roman Empire. Around 1300 AD, the Black Death struck Europe, killing almost a third of its population, forever changing the dynamic of the continent. Towards the end of the Middle Ages, the Renaissance took off in Italy. This was a time of artistic and educational flourishment, where we see the creation of amazing artwork, architecture, and music. Literature, philosophy, and science also took hold as schools were formed throughout the country.

Throughout the 17th and 18th centuries, foreign invaders, such as Napoleon from France, wreaked havoc on the country. In 1841, Italy was finally unified into the country we know it today.